The Stooges Were The Best Rock and Roll Band Ever 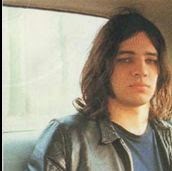 Since the June release of my last book, Detroit Rock City, The Uncensored History of Rock ‘n Roll in America’s Loudest City, I’ve talked many times about the importance of the Stooges on the international musical landscape. It took that platform for me to realize and finally utter something unsettlingly ultimate: The Stooges were the best rock and roll band to ever exist.

These kinds of ultimate statements are generally ridiculous. In books, I may feel that Cocaine: An Unauthorized Biography, Jack London’s White Fang and Robert Greenfield’s STP: A Journey Through America With the Rolling Stones, are among the best ever written. In film, I am sure that Down by Law, Angel Heart and Nebraskaare among the top 20.
But never have I been so certain that in the field of music that a band measures so highly in terms of courage, which should be the metric of any expression. Not courage by being outrageous, but by being something and doing something that no one would dare do, without a concern for the consequences.
The passing of Scott Asheton over the weekend reminds me of the greatness of the band for the third time in a week for no apparent reason other than to ponder their fearlessness. All the band’s music music – including the Fun House box, the extended versions of the first album, the Raw Power box with the DVD and the Easy Action outtakes package – are in constant rotation, part of the soundtrack of life.
I’m currently working in Tallahassee, Fla., on a 10-week assignment. I’m staying in a lower floor apartment in a three-building enclave in the south part of town, and about a week ago on a Saturday morning I was working and heard the muffled crescendo of “Ann” from the first Stooges record. drifting through my open window from up the stairs.
It was the extended version, which gave me time to walk up the stairs and find the source, a 30-something post college guy in his little cinderblock studio, getting schooled. I knocked and said simply, “the Stooges.” Instead of being puzzled or taken aback by a stranger knocking on his door, he just nodded and said “yes. Great.” I walked back down the stairs.
That’s all it takes to connect on that level.
I’m sorry for the family and friends of Asheton, who I’m sure are still stung by the sudden death of Scott’s brother Ron in 2009. Their loss has nothing to do with the Stooges, but with a loved family member. People tend to forget that when bemoaning the death of someone “important.”
From the book, Detroit Rock City:
Scott Asheton: If you think about what was going on at that time, in the early 70s, we were so far harder rock out there than anybody else out there at the time that why we didn’t fit in. When you think was going on was kinda glittery, kinda gayish, kind of going taking the edge off of it, other bands of that era were not even close to rockin’ like we were. I’d say the biggest reason that stuff didn’t do well is because we were rocking too hard.
TAGDave Alexander Detroit Rock City Funhouse Iggy Pop Raw Power Ron Asheton Scott Asheton The Stooges
Previous PostNew Salvo in Bid for Interview Tapes of Manson Acolyte Watson Next PostWoman's strange death raises questions

Kim Fowley: “I Used to Fuck Burn Victims in High School for Money”