Home Avalanche50 Blog The Pursuit of the Tex Watson Tapes. Charles Manson Still on the Hook.

The Pursuit of the Tex Watson Tapes. Charles Manson Still on the Hook. 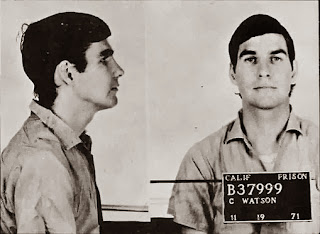 I covet the Tex Watson tapes that the Los Angeles Police Department obtained.  Yes, I’ve read the Watson prison book, Will You Die For Me? and his numerous mea cuplas. I’m sure he has a nice room in Hell waiting for him when he’s done with this life but maybe that’s just a view jaundiced by viewing the murder scene photos at Cielo Drive.
Watson was a knife-wielding maniac that night in August 1969, and the carnage was mostly of his making. He was also the first of those charged to declare his conversion to religion.
A couple years ago, it was revealed that there are about eight hours of audio tapes from 1969 of Watson talking with Bill Boyd, a defense attorney in McKinney, Texas, about 40 miles north of Dallas. The tapes were made shortly after Watson was arrested in connection with the murders at Cielo and in Los Feliz of Rosemary and Leno La Bianca.  Here’s a good story laying it all out.
I knew Bill Boyd when I was a reporter at the McKinney Courier-Gazette in the early 90s. He was a tough guy who was still cruising on that legend of Watson, but he was also a great criminal defense guy who pissed off endless assistant prosecutors.
In September, I filed an open records request with the department for the Watson tapes.  The LAPD, taking its time, denied my request, which I could see coming.  Watson has asserted that “there are no unsolved murder committed by the Manson family,” but the LAPD appears to be looking into something related to the tapes. Or at least that’s what it is asserting in its denial.
Last year,  LAPD Commander Andrew Smith said the tapes could hold the key to a dozen unsolved murders. It would seem that in a year, there would be some progress, which the LAPD would be happy to share.
But t

hese tapes need to be public if there is no imminent investigation. Below is the email I sent this week in a mild appeal. This is the first salvo. It’s never good to quit in these efforts and hopefully it will lead to something in the end.

If anyone is interested in seeing this through, legal eagles in particular, let me know. Maybe we can keep the LAPD honest.
November 6, 2013
Caydene Monk
Los Angeles Police Department
Discovery Section
201 N. Los Angeles St., Space 301,
Los Angeles, Calif.  90012
RE: Public Records Act Request, Tex Watson tapes
Ms Monk
I am in receipt of your letter dated October 29, 2013 (attached) regarding my open records request of September 20, 2013 (attached).
In your response, you cite Government Code Section 6254 (f), which contends that the material I seek is exempt under the provision of investigation.
Media reports, which have not been corrected by the LAPD, have said these tapes were obtained “because authorities believe the tapes might provide new clues about unsolved killings involving followers of Manson.” (CNN 6/13/12) This source sites court documents.
However, the exemption for law enforcement investigatory files arises “only when the prospect of enforcement proceedings becomes concrete and definite… Under section 6254, subdivision (f), the police agency is directed to make public certain categories of specified information unless disclosure of a particular item of information would endanger the integrity of an investigation, or the safety of a person involved in the investigation or of a related investigation,   (Williams v. Superior Court, 5 Cal. 4th 337, 356 (1993)
I would add that this same decision notes that “the labels of…”internal investigation” are captivatingly expansive, and present an elasticity menacing to the principle of public scrutiny of government.”
I ask that you please reconsider your decision. Feel free to contact me if you have any questions as to what I am seeking or the information I am trying to extract.
Thanks
Steve Miller
TAGCharles Manson mass murder Sharon Tate Tex Watson true crime
Previous PostIggy Pop: Michigan Legislature “Shameful” to Allow Wolf Hunt Next PostFlorida Medical Complaints Gather Dust, Often Allowing The Accused To Continue To Practice

Prison: “Everyone thinks of escaping; they just won’t admit it”

2 thoughts on “The Pursuit of the Tex Watson Tapes. Charles Manson Still on the Hook.”