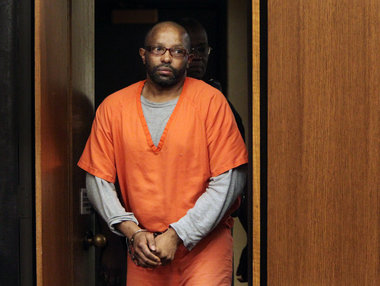 Down to journalists who are writing his life story, Anthony Sowell remained a control freak. In a letter written to me in February, Sowell confirmed I was on his visitor list (a taunt), told me he would not come out to see me if I were to drive to see him on Death Row in Chillicothe, Ohio (a threat) and said he didn’t like my first book (disparagement). He ends the note by telling me he has photos of himself as a Marine and a child, “but I don’t think that I want them in your book.” (another taunt) he signs himself “Sowell.” Sowell again proves himself to be a half-man, sentenced to death for the heinous murders of 11 women and still defiant and seeking control. He has none, despite the cadre of defense lawyers who have filed a 379-page appeal, 292 pages of which are media clips. No matter what we think of Sowell and his deeds, this is an important part of the legal process, this repeated round of appeals. We have to believe that Sowell himself is allowing it. He wants to live. Imagine.
Previous PostRock and Roll Memoirs You May Have Missed Next PostOld, tattered, used, overplayed 7-inch record sells for $3,760