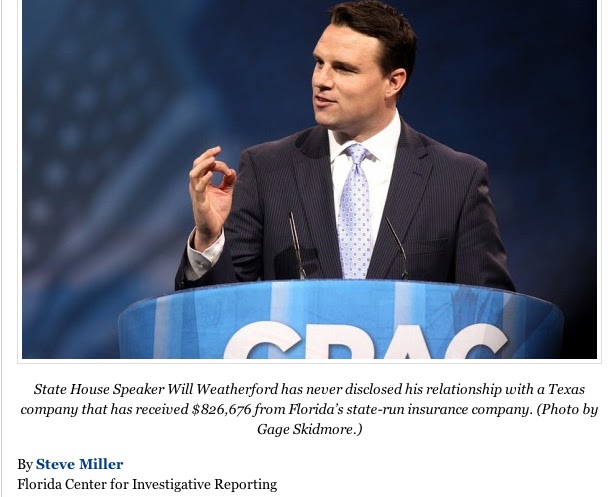 I’ve had a couple of journalism pieces hit in the past two weeks as I worked the promo for the book, Detroit Rock City, which has done much better than I expected. As I told someone before it came out, ‘I read it, liked it and maybe a couple dozen other people will.’  Appeal seems to be a little wider than that. I take that as a good sign, although I have no idea of what composes success in broad terms. Getting published is a success in some camps.  Acceptance has always dulled my senses, and staying in the outsider camp feels right at all times. It was a huge coup to me when I started work at the Dallas Morning News. It was as if the inmate was allowed to be part of the staff at the asylum.
The journalism I mentioned is a story I did out of Florida on the state House Speaker Will Weatherford, who didn’t disclose some business relationships because he didn’t have to. Now that sounds like a non-story, but it was prompted by a story earlier in the year I read about his finances, in which he was weirdly vague about what he did for a living, outside of his role in the part-time Florida legislature.
I began to dig about the same time another reporter did, as we both had a reader in our ear questioning Weatherford’s finances. His piece came first, in July.  It was good, but I read it several times and still didn’t think everything was out there.
Some close to the story think it was a tipster who steered me toward the story. But it was pure instinct after that second story that led me to search business filings in Texas – which is where Weatherford has some roots – and find he was connected to an insurance adjuster who did business with the state of Florida’s insurance company, Citizens Property Insurance.
Next was a story for the Fort Worth Weekly on the Tarrant Regional Water District, a government agency that gave me an amazingly hard time in spring 2012 when I asked to look over copies of the district’s campaign finance reports for the last few year. My suspicions were aroused and I filed an open records request for a number of items, including emails that indicated a lot of inside favor dealing among a power structure in Fort Worth. Much of those records formed the basis of this story.
For most readers, this is dull shop talk. But I dig it and there you go.  More books, I’m sure, will roll along and that’s what so many people are into. I enjoy writing the articles every bit as much as the books.
TAGDetroit Rock City Florida politics Journalism Tarrant Regional Water District Texas politics Will Weatherford
Previous PostInterview: The Saga of Sarah Pender on Investigation Discovery Next PostThese Bars Never Seem to Close, Although it Wouldn’t Be Bad if They Did

Kim Fowley: “I Used to Fuck Burn Victims in High School for Money”