He Ain’t Bullshittin’ – Kid Rock Foundation Has No Costs 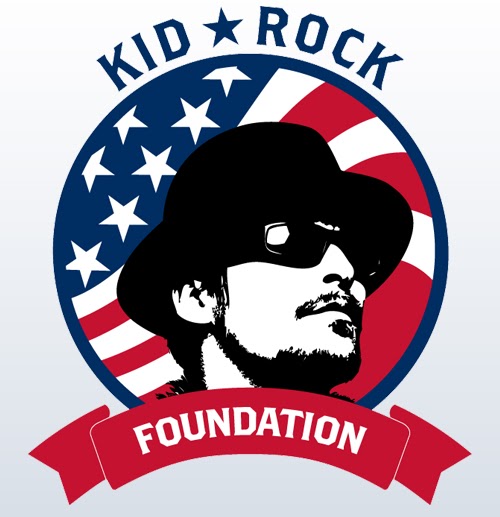 Kid Rock was on WJR, Detroit’s major league AM radio station, this morning, talking about his great love for the city and so on, a riff he repeats to anyone who will listen.
He mentioned that his Kid Rock Foundation has zero administrative costs, a claim that can easily be verified. So I did. And outside of legal and accounting costs, he is dead right as I look at the foundation’s 2010 tax form, the last year publicly available. The second notable thing is that the foundation brought in a paltry $51,000, which is simply a fundraising issue in the wake of its $616,000 bank in 2009, when the foundation was founded and seeded.
Among its 2010 benefactors were the Food Bank Council of Michigan, Orchard Lake Schools, Barbara Ann Karmanos Cancer Institute, and, inexplicably, the It Takes a Community Foundation in Massachusetts, which is aimed at life in New England.
In 2009, the foundation made great use of its relatively larger coffers, donating to Operation Homefront, the Rainbow Connection, and May We Rest in Peace, a group that helps pay to bury the indigent in Wayne County.
During the course of news investigations I conduct regularly, most non-profits, including foundations, sit on millions of dollars while forking over hundreds of thousands in salaries.  The money someone generously gives in hopes of making things better for folks less fortunate ends up paying for a first class plane ticket and $450 hotel room. I think back torevelations I wrote about last summer of the University of Houston professor with a taste for the finer things that he achieved on the backs of donors to the Cullen Foundation.  Check the comments at the end of this story; people actually support this kind of thing.
That may work in a place like Texas, where greed may as well be part of the state motto. But in Michigan, such flagrant extravagance is frowned upon.  The Kid Rock Foundation for now does the workmanlike thing so many forget about – it just delivers.
Previous PostTom Waits Waxes Musicians Selling Music for Commercials Next PostEmail from Inmate Regarding Sarah Pender, Girl Wanted - Yes, Prison is a Bad Place