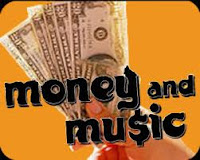 It’s not that far back that if you made music for money, you were a mercenary and drew derision from almost every quarter, except your benefactors.
In doing work for the upcoming book, Detroit Rock City: The Uncensored History of Five Decades of Rock ‘n Roll in America’s Loudest City, everyone I spoke with was keen on making a living out of their craft save for the in-between hardcore crowd, which simply faced the reality that such anti-social din would never appeal to the masses. I was in that; if anyone would have even mentioned a large label deal, we would have hurt them.
Jack White told me recently of being approached fairly early on by the Gap to use a White Stripes song for advertising. He said, “I think that was one of the first offers we got for some money and we turned it down. The funny thing was…a lot of those things, we really didn’t know what to do. We needed the money but we said no to it.”
As Electric Six manager Chris Fuller told me, “If Jack went into it thinking he would make himself rich, he would have been certifiable, but he was clear on the art of it.”
That’s the purity of art.  I’m not sure I have met anyone who believes in that more than Jack White.  That’s another conversation.
On the other hand, more bands than ever are taking dough from major corporations – Electric Six not long ago entered a sweepstakes for a Target advertising campaign but finished out of the money – and it never raises an eyebrow.  Larry Hardy from the label In The Red, one of the best in the land,  acknowledges that he readily pitches his bands as willing and ready to do business with corporate America. (Full disclosure: I have an agent that pitches my books to TV shows and movie agents for possible use. These are smaller production companies but corporate in nature. I accept that salary and expense money.)
When Sonic Youth took a deal from Geffen in the late 80s, it was like the group had led a massacre of artistic values.  X signed to a major and a segment of the band’s audience left them.  For X, the music went to hell almost immediately, as opposed to Sonic Youth’s firm grasp on the good stuff for some time. Apparently the good life doesn’t mean compromise to all people, although it generally spells bad things for the creative process.
When I started playing in the early 80s, we took a certain glee in pissing off almost anyone who came into contact with us.  The notion of being paid via anything other than gigs and records was never considered.  A good laugh was that while we often railed against the government – this was in the days when the government was still considered a nefarious body seeking to control our lives rather than a feel-good life saver tossed to the disenfranchised – we would excuse ourselves to go to the food stamp office.  In San Francisco there was a punk rock network that provided a local address to touring musicians and you could get food stamps from the state-administered program within a few hours. While waiting, we went over to the nearby Carl’s Jr. and ate.
I understand wanting to make a living off the music, and today a fine band like the Dirtbombs gets nice money from Scion for songs and shows and earn every penny. It’s not that these bands don’t deserve it.
Did the Laughing Hyenas deserve such? Probably. Surgery? Of course.  In fact, Amphetamine Reptile and Touch & Go churned out bands that would have been great for commercials and movies, hipper than thou shit that woulda been a good time serving Ford or Nissan. The bands were a little less stable then and perhaps Toyota paying bands on heroin would have been bad PR. Things today are sadly wholesome.
I was in a bar in Las Vegas in the late 90s, afternoon, Cubs game, 110 degrees outside. Between innings, an ad came on, maybe Nissan or Nike, and it used “Search and Destroy” as the music bed. I wasn’t sure what to think, but it made enough of an impact that I recall time and place. Iggy was all sold out by then anyway, and the fact that it was the Stooges was good enough. Was America catching on? Could take #14 of “Loose” off the Funhouse box be next? I could handle that.
On Thursday I saw The People’s Temple, a terrific band from the town I live in, Lansing, Mich. The four-piece played a Brian Jonestown/Dandys psyche that was terrific and clearly over the heads of the 40 or so people who came to have fun, whatever that is. For some reason, I thought ‘these guys could get a deal.’ But who cares? Their lives should be about busted vans with no climate control and shitty hotels and couches and strange interludes and truck stops and run down clubs. Instead, I clouded that with the thought that some corporation should foot the bill and give them a salary. For their sake, I hope they think about the experience and the music. And if any A & R people come near, just ask them to buy you another beer and move on. You’ve got some living  to do.  And it will be a lot more fun without a full wallet.
Previous PostExplode the Myth: Black Serial Killer is not Rare Next PostBook on Anthony Sowell, Cleveland Serial Killer, Hits October 2