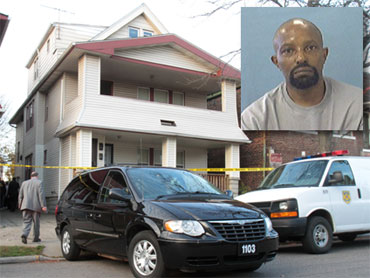 Claiming the Anthony Sowell case brought out a “frenzied, unabated, heated, and an unmitigated media circus,” appellate lawyers for convicted serial killer Anthony Sowell cite 300+ newspaper articles and three books, including my own Nobody’s Women: The Crimes and Victims of Anthony Sowell, the Cleveland Serial Killer, as negative media coverage that should convince the court to convert Sowell’s death sentence to life in prison.
The appeal before the Ohio Supreme Court uses the newspaper articles to support its claim that Sowell could not have received a fair trial, given the coverage.
From the appeal: Not surprisingly, not one of the stories listed above could be characterized as favorable, sympathetic or even neutral toward Sowell. Going into his trial, however, prospective jurors were awash in this information.
The unfair trial due to juror bias is a standard appeal, and in cases like that of Sowell’s, unlikely to get Sowell off of Death Row in Chillicothe, Ohio, where he is one of 141 inmates awaiting death.
Attorney’s for Stephen Grant, the subject of my first true crime book, A Slaying in the Suburbs: The Tara Grant Murder, filed a similar appeal, although added a number of other factors, including alleging Grant was interviewed in violation of his Miranda rights. The appellate court ruled against Grant:
There was no impediment to discovery of actual or potential biases, and the voir dire was sufficiently probing to uncover any biases. While essentially all of the jurors indicated being aware of the case, the vast majority of those impaneled had only a passing knowledge of the case and had little exposure to the details. In addition, all those impaneled swore, under oath, that
they could be impartial, notwithstanding any exposure to media reports about the case.
The decision that was upheld by the state’s supreme court.
Previous PostIn Cleveland, The Calamitous Castros Next PostBlue Cheer at 10 Years Old. What is the Allure of Music for Some People?